The media increasingly talks about how technological progress will affect the labor market and our way of life. Artificial intelligence; in other words the notorious robots. The historian Yuval Noah Harari’s view in the article “The meaning of life in a world without work” is interesting. He says:

He then predicts that by 2050 a new class of people might emerge: “the useless class. People who are not just unemployed, but unemployable.”

It’s a gloomy preview but it points a finger to an important aspect: that of the ability of the human mind to differentiate itself from a machine. However, I do not believe that these distinctive capabilities of “creativity and flexibility” between man and robot can be limited only to the human mind. I’m also thinking of dexterity – as in craftsmanship – being a characteristic that will gain importance. Maybe Man’s time of doing repetitive jobs is over. Chaplin’s movie Modern Times ridiculed this aspect. 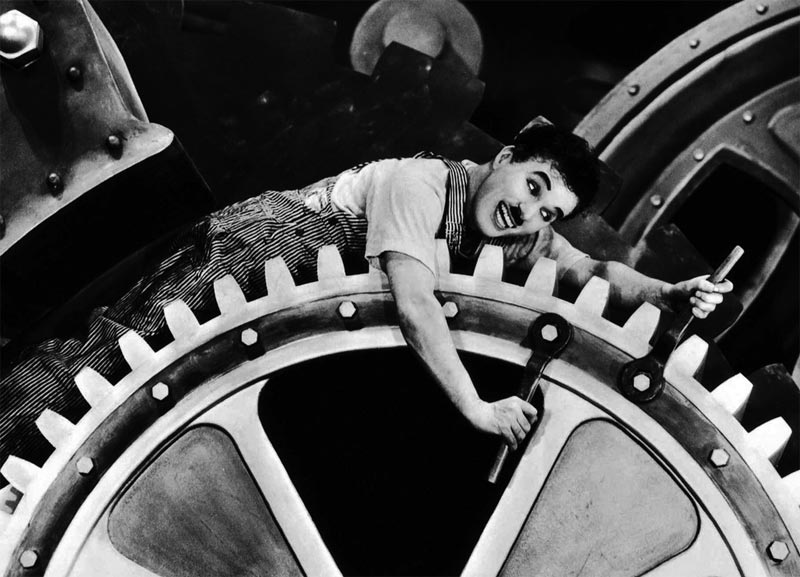 For example, in the Scandicci leather goods district (Florence) the craftsmen who know how to model an unpredictable raw material like leather are wooed by the various companies through ever higher increases in salary. The same thing can be said with regards to the companies in the fashion, food and furniture industries (the 3 F’s) who still have production that is handmade; where Man’s hand is still a crucial element in the realization of an original product.
If this is true then be mindful, small-medium sized businesses, in wanting to standardize everything in the name of costs. A balance must be sought – not easy by any means – which allows you to preserve the craftsmanship while still respecting the economic balance. A contemporary of Chaplin’s once said: “Creativity is intelligence having fun“ (A. Einstein). I think that this may be the right synthesis that indicates the road to take.