“ The first question on the Polish market, which the Italian entrepreneurs usually ask, is the one about the value of the market. The economic news tempts them with the information about Poland, which resisted the current economic crisis. It is also known that Poland is the tenth largest export market of Italian companies. At the same time the Italian direct investments in Poland amounted to more than EUR 1 billion (2010).

However, the GDP per capita in Poland looks … poor. The fact is that Polish GDP per capita is only 38% of GDP per capita in Italy. If these values are adjusted with purchasing power parity, this percentage increases to 68% only. That makes many Italian entrepreneurs to be afraid if they will manage to find Polish customers who could afford their products.

However in Poland – as in Italy – there are poorer and richer regions. Eastern Polish regions are among the poorest in the European Union. While the Warsaw region (Mazowsze) is 2.5 times more wealthy from them (based on GDP per capita), and it represents 102% of the EU’s average GDP per capita. The region is also an outlier for Poland as a whole. The next wealthiest region in Poland is Lower Silesia, at 70% of the average GDP in EU. Subsequently Silesia and Wielkopolska. 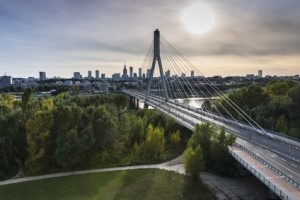 These regions in 2010 reached the wealth comparable to southern Italian regions (based on GDP per capita at purchasing power parity), and taking into account the relatively high level of Polish GDP growth in 2011 and 2012, it can be assumed that their position is still improved.

So, is there a market for your products in Poland? Well, the GDP does not provide a definitive answer to this question, but it suggests the potential of the market and dictates what regions to focus on while building distribution. For consumer products there will be more purchasing capability in prosperous regions. On the other hand manufacturers of investment products should be aware of poorer regions, where various public and private projects co-financed from the European Cohesion Fund (73 billion Euro) are carried out.”

This website uses cookies to improve your experience while you navigate through the website. Out of these, the cookies that are categorized as necessary are stored on your browser as they are essential for the working of basic functionalities of the website. We also use third-party cookies that help us analyze and understand how you use this website. These cookies will be stored in your browser only with your consent. You also have the option to opt-out of these cookies. But opting out of some of these cookies may affect your browsing experience.
Necessary Sempre abilitato
Necessary cookies are absolutely essential for the website to function properly. These cookies ensure basic functionalities and security features of the website, anonymously.
Functional
Functional cookies help to perform certain functionalities like sharing the content of the website on social media platforms, collect feedbacks, and other third-party features.
Performance
Performance cookies are used to understand and analyze the key performance indexes of the website which helps in delivering a better user experience for the visitors.
Analytics
Analytical cookies are used to understand how visitors interact with the website. These cookies help provide information on metrics the number of visitors, bounce rate, traffic source, etc.
Advertisement
Advertisement cookies are used to provide visitors with relevant ads and marketing campaigns. These cookies track visitors across websites and collect information to provide customized ads.
Others
Other uncategorized cookies are those that are being analyzed and have not been classified into a category as yet.
ACCETTA E SALVA